VOTE AGAINST THE INCUMBENT! 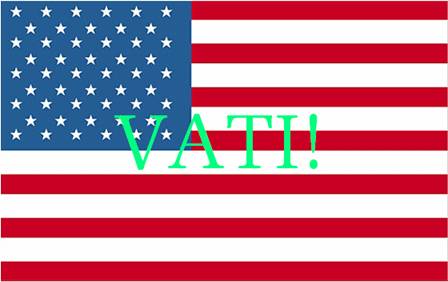 VOTE AGAINST ANY INCUMBENT WHO DOES NOT VOW TO:

STAY OUT OF THE NEXT ELECTION

Do your job for your constituents, instead of running for re-election.

After a term out of office, run again on the basis of what your earlier efforts achieved.

VOTE AGAINST ANY PORK OR

SPECIAL INTEREST RIDER ON ANY BILL

THAT ATTEMPTS TO INFLUENCE A VOTE

AGAINST THE PUBLIC INTEREST

REPEAL NAFTA AND THE TELECOM ACT

Every politician who signed, voted for, or otherwise supported NAFTA was either so incompetent as to not know the effect on American workers, or knew and deliberately betrayed us.

The Telecom Act concentrates control of media in the hands of ruthless manipulators of public opinion and promotes unfair trade practices that create monopolies over vital services.

None of the politicians who supported these laws have any business holding public office - then, now, or in the future.

RESTORE AND SECURE COMMON CARRIER STATUS FOR THE INTERNET

Media special interests are trying to take control of the Internet - Don't let them do it!

Keep the free flow of information and innovation working by maintaining equal access to the Internet for all!

Employers who hire illegal aliens must be held accountable! Pay a living wage to Americans!

We need a national ID card program that protects privacy while controlling illegal immigration, terrorist movements, and predator monitoring. The card would be used anonymously as a financial avatar for most purposes. Other benefits of the program include a method to distribute sales tax revenue to meet the needs of all communities, and abolition of personal income tax. See below for details.

Pass legislation to allow "tainted" evidence to be introduced at trial. Allowing criminals to walk the streets is not the way to protect our rights. The rights of a criminal are worthless compared to the right of the next victim not to be at risk. See gosto.org for more discussion.

RESTORE SEPARATION OF CHURCH AND STATE

"Faith-Based" Legislation is by definition contrary to the most sacred principal of democracy, the separation of church and state.

President Bush failed to honor this most sacred principle. He and his colleagues violated our trust in order to maintain the support of right-wing zealots. He condemned thousands to needless suffering and death by refusing to fund embryonic stem cell research, on the basis of his personal belief that ensoulment occurs at conception. He declared that while it is immoral to create new stem cell lines, it is in his view somehow not immoral to use existing cell lines, demonstrating his own muddled hypocrisy, and his true motivation - political posturing for personal gain.